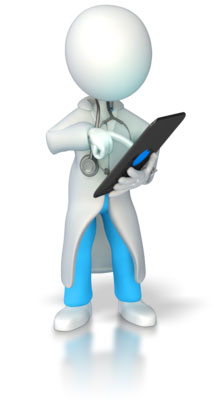 Do you know the difference between disease-care and healthcare? When you visit your physician, are you building good health or simply treating disease? More importantly, does your doctor actually have any concept about the overall state of what good health even is or do they overly-compartmentalize your body into seemingly unrelated parts, leaving your psychoemotional mindset out of the equation completely? If you are like most people, then you are in for a rude awakening from this very critical, but objective look at the modern “healthcare” system.

I know many people who are not sick in the classic sense of the word and do not suffer pain. However, they are not healthy. They maintain terrible lifestyle patterns, including poor diets, sedentary existences and reliance on hazardous pharmaceutical products to keep them “healthy”. Worse still, they are stressed to their limits mentally and emotionally, have negative outlooks on life and seem to undermine their own success and happiness at every available opportunity. No objective observer would be able to label these individuals as healthy, yet that is exactly the way they are regarded by medical doctors the world over.

Meanwhile, many of my friends, family and associates, as well as all of my clients, are afflicted by chronic pain or illness. They have pain and usually have something that can be diagnosed as being “wrong with them”. I know that I fall into this category, demonstrating 12 herniated discs in my spine, an extensive history of injury leading to anatomical degeneration, scar tissue and reduced physical function, as well as a record of other issues, such as gastrointestinal troubles, wrist pain, knee pain and other “problems”. However, most of these people, myself included, are healthy. We do not poison ourselves with toxic drugs, rely on barbaric surgeries or replace one problem with an equally problematic “solution”, such as alcohol or illicit drugs. Instead, we have learned to utilize the natural synergy of mind and body to build good health, despite our impediments.

Medical science loves to engineer the smallest aspects of bodily form and function as being completely independent entities, like islands adrift in a sea. We have all heard the expression that “no man is an island”; well neither is any part of your health. The “island” is merely part of the sea and that sea is you. The move towards ultra-specialization in medicine has really exacerbated this problem in the healthcare industry, with more and more doctors becoming so focused on each cell, of each leaf, that they literally can not see the proverbial tree that looms right in front of them.

Doctors excel at diagnosis, since every possible condition is named, classified and categorized according to its physical nature. However, doctors fail terribly at actually knowing what creates these conditions of pain and dis-ease and are even more powerless to treat them. They usually look for something that looks different in the structure of the body and place the blame there. However, medical science has long embraced the truth that “atypical structure rarely predicts pain”, but this factual statement has been buried under the idiocy of many modern medical theories. Remember, medicine is a science, and like every science, is revisionist in nature. Most of us now feel that doctors 10,000 years ago, 1000 years ago, 100 years ago, and even a few years ago, had it all wrong. We see the debacles of iatrogenic mistakes in historical record of mankind dating back to the earliest written accounts. What makes you think that doctors now have anything right? In 20 years looking back, what we will think of the diagnoses that label us or the treatments we have received?

Actually, it seems like some of the oldest medical practices, like Traditional Chinese Medicine, now seem to be very enlightened, explaining their resurgence. Many of these ancient systems of medicine actually embraced true wellness and realized that all states of illness and disease were related to the overall health of the entire mind and body, not just disease or dysfunction of some particular part of the whole. This idea would go a long way in the modern medical system and would benefit all of us. It would prevent so many collateral negative health problems from over-compartmentalized diagnosis and treatment. Unfortunately, it seems that every “solution” medicine has to offer creates equally negative consequences elsewhere in the body. Are doctors really curing anything or simply moving the disease around from place to place?

Good health is the sum of its parts, working together. This state can be achieved even when some parts are not working well or at all. I know many paraplegic and tetraplegic individuals, cancer patients and chronic pain sufferers who feel and function much better than some people who are viewed as being healthy adults by their doctors. So, I ask you, “Are you healthy? Would you like to be? What changes do you need to make to make this objective a reality?”