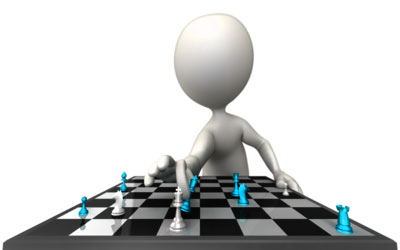 Fear is a major problem for people with illness and pain. Fear actually negatively impacts life far worse than the symptoms of any oppressive health issue ever could. Worse still, fear is an emotion that is usually automatically suppressed and is often completely repressed, never extending into consciousness at all due to its nightmarish psychoemotional effects on the individual. Therefore, the consequences of fear victimize silently and anonymously, since most people simply do not recognize the extent to which they are afraid below their conscious surface.

Our material life is a finite journey and we all know how it will end. There is no escape from inevitable demise. While this idea sounds pessimistic, it is actually incredibly liberating and empowering. The realization that we will all surely die grants us the ability to live without fear if we can only embrace the transient nature of our existence and stop trying so hard to exist as an ever-lasting future projection of our ideal selves.

In decades of working closely with chronic pain sufferers, I have come to realize that fear is what stops people from accomplishing in life. It is virtually never the illness or pain itself that is the limiting factor. People are afraid to try virtually anything new, afraid to change, afraid to fail, all the while using their illness or pain as a justification for resigning themselves to simply existing rather than living.

I have witnessed horribly debilitated and terminally ill and pained people doing amazing things in this life. They accomplish because they are not limited by their fear. They have accepted their condition and have simply decided to press onwards, despite the ravages of their health burdens and associated anxieties. In essence, they stopped illogically trying to escape their present condition through inaction and have therefore transcended their suffering through action; the action that composes life and provides sustenance to the soul, even as the body falters.

I see people who are perfectly capable of doing anything and everything in life, but are so strongly dominated by fear that they simply exist each day, hoping that their lack of mental, physical or spiritual exertion might somehow relieve all their pain. Of course, the opposite occurs. Instead of getting better, these people drift further from the active world of the living and get closer to the realm of the figuratively dead. Life, if it can still be called that, consists of a prison sentence of prohibitions, fears (conscious and far worse, unconscious) and passivity, all leading to the same eventuality as every other living soul on this planet. There is no escape by being overly careful.

On the other hand, people who decide to participate actively and wholeheartedly in life, without apology for their shortcomings or limitations, and without the crutch of any excuses to hold them back, can achieve the loftiest objectives through diligence, effort and determination. I am inspired by my clients and their well-fought battles, just as they cite being inspired by mine.

This brings me to a personal point in my own struggle with chronic pain, a struggle which is now in its 30th year: You do not need to be free of fear to live. I certainly am not free of it. I feel it and I sometimes find myself being overwhelmed by it in the same manner as anyone else. However, I am conscious of my fear. I seek it out, do not hide from it and certainly do not let it hide unconsciously from me. I force myself to live in close quarters with my fear and have therefore become accustomed to it. When it sleeps, I examine it closely and find it to be quite different than the monster I used to imagine. Instead, I observe the fear to be just an innocent and helpless child who does not want to feel this way, but does not know how to change.

The fear now has a completely different effect on me than it did previously. Instead of terrorizing my life, I sympathize and empathize with my fearful self. I comfort it and use logic, spirituality and positive emotional reinforcement to make the fear less fearful. It works.

Despite my pain, I continue to strive forward. Despite my client’s pain and illness, they continue to strive forward. Some of them you already know, as they are people in the public eye who have done far more than they once thought possible, due to health factors they once considered to be restrictive. Now, these real heroes have found that by acknowledging their fear, by accepting the perceived risk of the what if, and by pressing onwards each day, there is simply nothing they can not do.

Look at some examples of people who have changed the world for the better, despite considerable health impediments: Christy Brown, Christopher Reeve, Stephen Hawking, Franklin D. Roosevelt, and the millions of others who have lived fully, regardless of pain or disease. What makes you any less capable than these people? Are your sufferings any worse or do you just make them worse because fear aggrandizes your problems and robs you of your aspirations?

Want to move forward and really live, despite pain or sickness? I do. I will. Do you? Will you? Life exists now and now is the time to live.