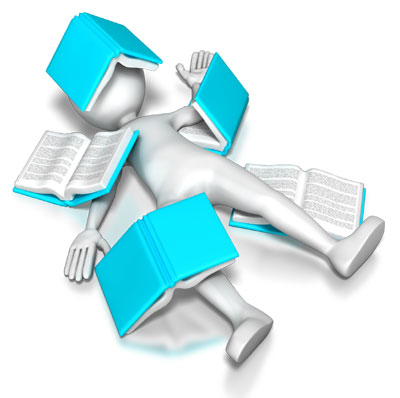 Doctors are always trying to separate psychological overlay fact and fiction from one another in their clinical practice. Much has been written on the subject by all manner of medical doctors and psychologists and much of it is incorrect, incomplete and often extremely insulting to many chronic pain patients. I have taken a special interest in the subject of psychological overlay and have dedicated much of my life’s work to better understanding it. After all, it is indisputable that the mind influences the body in so many different ways.

What exactly is psychological overlay? Well, this depends on who you ask and what their beliefs and experiences are. The classic definition, and the one that is used by most quality healthcare professionals, tells that psychological overlay is the direct effect of the patient’s emotional state on their health and symptoms. This is not a negative or accusatory definition by any means and my only issue with it is its utter incompleteness. Many doctors tend to believe a definition that states psychological overlay as being the exaggeration, aggrandization or fabrication of physical symptoms, for benefit. This is the definition that gets under patients’ skins, as it is really insulting and in most instances, completely off-base.

How would I define psychological overlay? This becomes more complicated, since one must first establish some facts of the mindbody interactions and therefore set the stage for true understanding of the concept. First, the mind and body interact mutually in both directions continuously. The state of the mind can not only influence the body’s processes and functionality, but can also do so dramatically. The mind can cause any system in the body to begin or end virtually any process, action or reaction. Likewise, the state of the body influences the mind, with injury, disease and pain all having negative effects psychoemotionally, while good health, positive exertion and fitness creating very positive psychoemotional rewards. So, in my definition, psychological overlay is simply part of the overall process of mindbody interactions, specifically describing the ways in which the workings of the psychoemotional mind can not only influence the body, but also create states of improved health or disease when none would otherwise organically exist. I advise that the true capacity of psychological overlay reaches way beyond the realm of psychosomatic influence and enters into the domain of psychogenic creation.

In my coaching practice, I correspond with so many patients who have been told that their pain is the result of secondary gain. This camouflaged insult basically casts extreme doubt on the legitimacy of the patient’s health issues. The doctor will kindly explain that the mind derives benefit from the pain or suffering and therefore makes it seem much worse than it truly is. Patients are often told that they require some variety of psychological counseling if they are lucky and are put on powerful psychotropic drugs by their medical doctor without benefit of any psychological intervention, if they are not so fortunate. It is true that secondary gain does exist and that malingerers can fabricate their own suffering. However, working with chronic pain sufferers for decades has proven to me without any doubt that these scenarios are rarely accurately identified and that psychological overlay is virtually never the result of subconscious secondary gain mechanisms.

The problem is that doctors have little or no experience with the concept of primary gain. If they did, then they would see that the patients who they suspect are suffering due to their own psychological processing are not at all malingerers, exaggerators or people looking for drugs. Instead, they would be able to positive diagnose actual pathological bodily changes that were enacted by the psychoemotional mind as a defense mechanism. The pain or disease is real, but the source process exists in the mind. This is primary gain and is the reason why true psychological overlay basically defies the average doctor’s clinical experience, making them completely inept at dealing with these common patient scenarios.

The psychological visualization of the truth of this condition goes far deeper than the purpose of this article. I do not seek a forum here to debate the validity of the mind’s ability to create better health or states of pain and disease, for this research has long been proven decisively in decades past. However, I do want to take the opportunity to explain simply and quickly why doctors do not ever seem to catch up to the idea of primary gain being the truest expression of the mind’s influence on the body, rather than the antiquated and usually incorrect term of psychological overlay. The reason is money.

Doctors can not treat primary gain mindbody disorders. They can not profit from them. Doctors engineer the physical body and in order to become talented medical sales people, they must downplay the role of the mind in the creation, exacerbation, perpetuation and resolution of pain and illness. If not, they are basically putting themselves out of business. Patients can regain control of their health at any time, by fixing the mistakes made by their doctors. They can include their psychoemotional state in the mix in all matters of health, injury, pain and disease. They will not need doctors to prove that the link between mind and body exists, since they have this capacity themselves.

In my coaching practice, I utilize many mindbody tools that have literally saved patients lives. I do not need to make any judgments or decisions about which patients have 100% physically-induced pain, which patients have 0% physically-induced pain or which patients fall somewhere in the middle. My judgment here is irrelevant, simply because I know for sure that by utilizing the power of the mind, the body can be led back to health. Additionally, by building wellness in the body, the mind will become healthy. Together, the process is mutually beneficial and the end result is a state of good health, despite illness or pain that might exist. This is truly a concept that most medical doctors do not understand and the results of their efforts prove it time and time again: pharmacological poisoning, surgical butchery and insult on top of literal injury by discounting the true power of the mind in favor of an antiquated and insulting view of  Cartesian medicine.